When adding credit to supplier account, I can only edit date by using calendar; I can’t type it in.

It’s not really a bug as such. All the calendar inputs were like that at one point, we’ve removed that restriction from most of the other inputs, looks like we missed this one. I’ve asked my colleague to take a look at this next week, should be a simple fix. Thanks for reporting!

Thanks, it’s the same on the new purchase screen, and I’ll let you know if I come across any more. 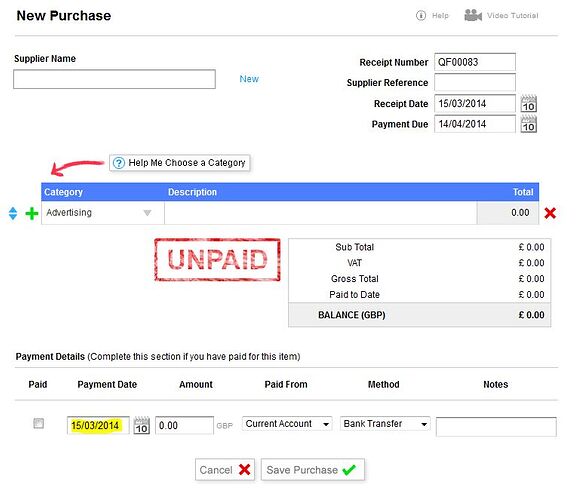 Appreciated, we’re noting these and we’ll look at this shortly.

Hi @james, all the uneditable date fields you mentioned have now been updated so you can manually alter them.

Just found another one:

Thanks!
Logged this one, we’ll take a look shortly.

This has been fixed on our development version and should be live in a few days.

This is now live!