I have a partially paid sales invoice and I notice that you can click on “PARTIAL” in the invoice list:

However, when I click on “PARTIAL” this is what I see: 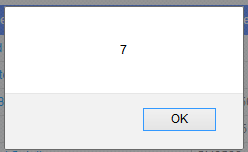 It’s the balance on the invoice, although not so eloquently put

This was a feature that may have slipped into the last release, I’ll make sure this gets reverted.

If you just added “Remaining Balance: £” before the numer then it would do it.

It is something that we want to maintain, although it needs the attention of a UI designer to cleanup.

I think by the next release (1-2 weeks) it should be back working as intended.