Remove total invoiced and received on a client statement

Is it possible to remove the total invoiced/received and just show the outstanding balance?

You mean something similar to what is described here?

Yep like this article. How could I go about removing them via custom CSS?

You’d need to put it in the Client Statement CSS. 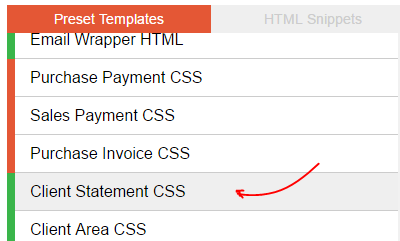 Just added that, but it doesn’t appear to have made a difference?

Is the CSS template active? In the editor refer to the button top right.

Yep I have activated that

You were missing a crucial full stop at the beginning of the class name. I’ve fixed that for you.

Ah, cool - thanks. Is it possible to remove the Payments Received part also?

To hide the footer row for “Payments Received” try this:

If you’re invoicing in different currencies you’d also need to hide the additional rows by adding the appropriate class names: