So I’m trying to file my annual accounts, but the micro-entity balance sheet on companies house has different fields to that given on QF balance sheet. Can anyone help?

If you are using HMRC’s online software for the joint Companies house submission and the HMRC tax return submission they both require a specific format. Their box numbers (fields) will combine some of your nominal accounts together as they have less field than you have of standard accounts (nominal numbers), so this is what I do to convert a standard P&L and Balance Sheet nomnals into the fields companies house and the HMRC’s tax returns fields (boxes).

In these columns enter the box number of each companies house category against the coresponding P&L nominal acc number. You will find that quite a few of your separate nominals will have the same box number entered beside them which means they are added together and entered on the online software.
To find out which of your nominal accounts go into which field you need to read the companies house notes for that box.

The same applies for the balance sheet, an the 2nd column is for the 2nd part of the joint software which is for the HMRC’s C/tax return

I hope you can understand what I have wrote as this is a tricky subject to put into words.

Hi George. Thanks so much for the reply. I’m not talking about that at all, and so am so sorry you went to all that trouble. I’m filing separately using companies house webfiling, and then corp tax submission. It should really be a case of generating the reports from QF and then being able to copy them over manually to the two websites.

It’s a very simple business and everything has been kept up to date on QF. I’m stumped at this stage as to how to get the info I need from QF to fill in the info on CH. If you have any simple pointers that would be great.

Hi George. You’ve misunderstood me there. I wrote “Missing” to show you that the field doesn’t exist on QF. Below is a screenshot of the companies house online balance sheet: 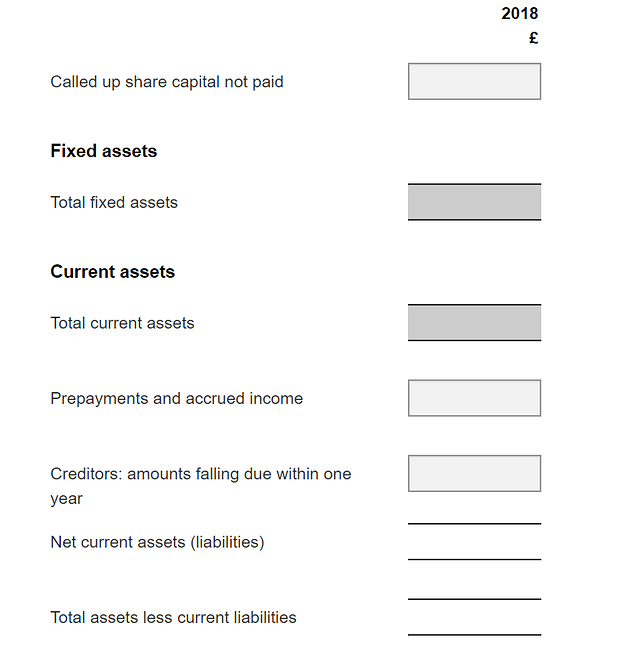 And here is a copy of the QF balance sheet. 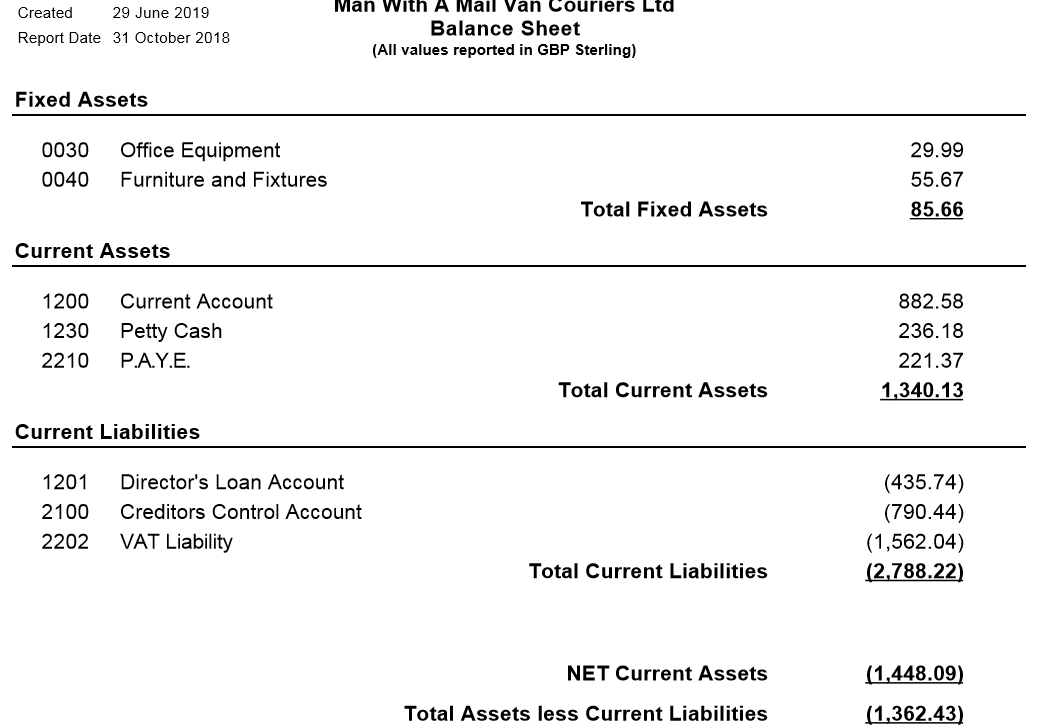 This issue I have is that there are input fields on the first that do not appear on the second, and I don’t know what to do with them.

Usually, if a balance in the accounts are zero, they don’t appear in the balance sheet.

So if some line titles appear to be missing in Quickfile’s balance sheet, then there is nothing to report.

That said, my understanding is this:

This refers to shares the company has issued which have not yet been fully paid. If your company is a micro-entity, I would hazard a guess that when you incorporated, you might have paid in a small amount of share capital, from £1 or £100 the shares of which you, as the sole Director own.

As such, you have fully paid up the shares in issue and therefore there aren’t any shares called up waiting to be paid - so a zero in that box would be appropriate.

To my knowledge, QF isn’t going to know a figure for any Prepayments at year end unless you make a journal entry.

Unless you can identify payments you have paid upfront which relate to benefits the business will consume after its financial year end, then the figure to be reported will be zero.

But as your year end is 31st December, you won’t have issued an invoice for December’s rent, so the company will have accrued 1 month of rental income at the company’s year end.

Again, QF won’t know this until a year end journal has been entered into it with a calculated monetary value.

Current: Creditors: amounts falling due within one year - MISSING

This is the figure shown in QF’s Balance Sheet listed as Total Current Liabilities - which shows (2,788.22). If I were completing the online submission, I wouldn’t make this a negative figure because of the brackets, I would type 2,788.22 into the box.

Accruals are the opposite of prepayments. Example, if your company paid the electric every 3 months and the bill was for 3 months in arrears. If the bill was for the period December, January and February, then at the company’s year end it will have consumed 1 months worth of electric - and if the bill was £300, then the accrual would be £100.

You might have to estimate the accrual as £100 based on historical monthly usage, also the £200 (in my example) is completely ignored in this year’s accounts.

QF doesn’t know the value of accruals unless a year end journal is entered and as such because the accruals account is empty, it won’t show on the balance sheet.

If I were completing the online form, I would put the following figures in:

Hope this helps - any questions feel free to private message me.

I’m a little concerned that you are trying to file accounts without a real understanding of what they should contain. For starters, limited company accounts should be prepared on the accruals basis rather than the cash basis. If you don’t know what accruals and deferred income are, then I’m not sure you understand the concept?
Directors of limited companies have strict obligations under company law. I do think you should seek advice from a qualified accountant if you are struggling.

I think it’s unwise to sign up for a Limited Company when you don’t have a clear direction to be turning over more than £10k in your first year to afford an accountant.

I’ve made that mistake and now I’m basically having to be in negative balance and borrow money from my personal savings in order to pay tax and an accountant.