Is there a way to have separate totals for the items & tasks on the invoice?

I list my labour as a ‘task line’ in hours, and list all my materials under ‘item lines’

But I can only get a sub total / Invoice total, not separate totals for my labour / materials. 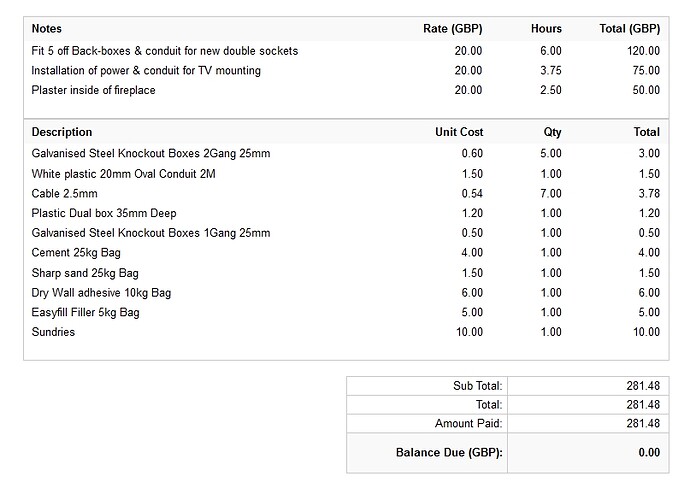 This is not currently supported. Although we can certainly look at adding this at a later date should other users find this useful.

Just to let you know we’ll be adding this feature in the next week.

I’m sure I’m not the only person who will benefit from this addition.

Yep, it’s a relatively trivial fix and there’s definitely a strong case for adding it when there’s multiple items and tasks on a single invoice (as per your example).

OK here’s the revision we’ve made. Group totals will be displayed when there are items and tasks on a single invoice and where either group have more than one item. This hasn’t gone live yet but should do sometime this afternoon. 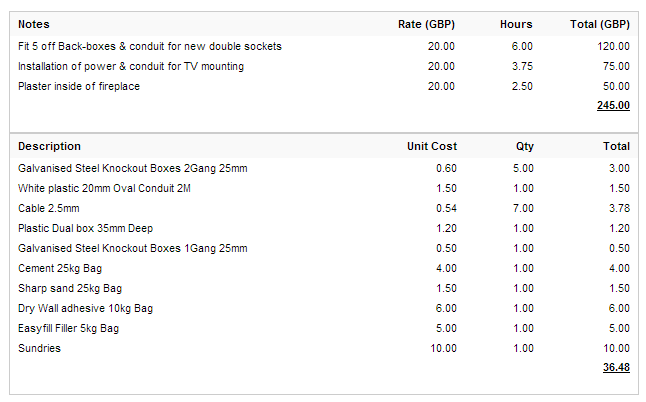 This has now been implemented.

I moved a post to a new topic: Edit Notes and Descriptions header for itemised invoices