Not sure if this is a bug or a feature request.

The supplier invoices I receive are almost exclusively in PLN. But when I try to process them using the Receipt Hub, I can only create the amount in GBP, as per attached screenshot 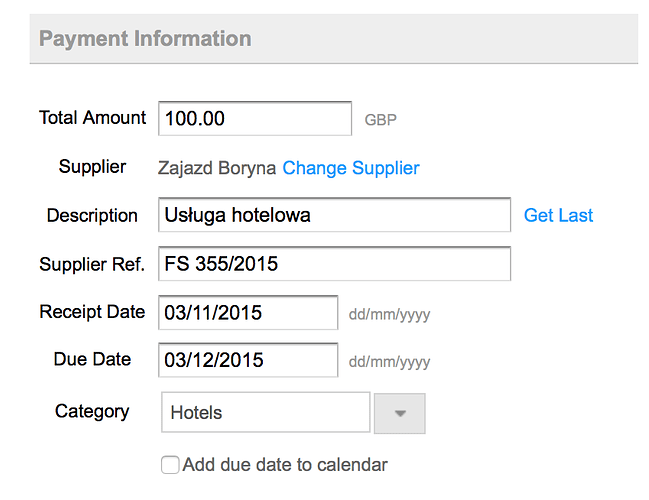 Receipt Hub only allows invoices in GBP invoices to be created. I believe the issue comes down to overcrowding the interface

Agree, this is the way it is. But it’s not the best choice.

A way to avoid interface overcrowding could be to create a Preference setting so that I can set my invoice currency there just once — and to be bothered by choice on the Receipt Hub processing screen.

Personally, I see no issues with the way it is.

However, as always - I’ll leave the topic open and if there’s more interest shown, then I’d image it will be looked into further

If I cannot do that from the Receipt Hub due to the currency issue, then my beautiful workflow is ruined before work even starts…

However, I don’t know how many other people have the same problem. I don’t imagine you would want to implement this feature for just a single paying client, would you?

Not my call - I don’t work for QuickFile, I just help out on the forums. Hopefully Glenn will pick this up in the morning

It is something we would like to address, it’s just not quite the most popular request at the moment.

I would however add your vote to the above thread, as I say we are looking to provide what you ask for.

For now I will close this thread to eliminate any duplicates.

Just a quick one to let you know that we now support the creation of foreign currency purchase invoices from within the Receipt Hub.

You can find more information on this here.