I have set the Estimate language to Polish and currency to PLN. However, the label at the bottom of the table says ‘Estimate Total (GBP)’, which is in conflict with the currency specified on the right of the label. Looks like a bug to me. 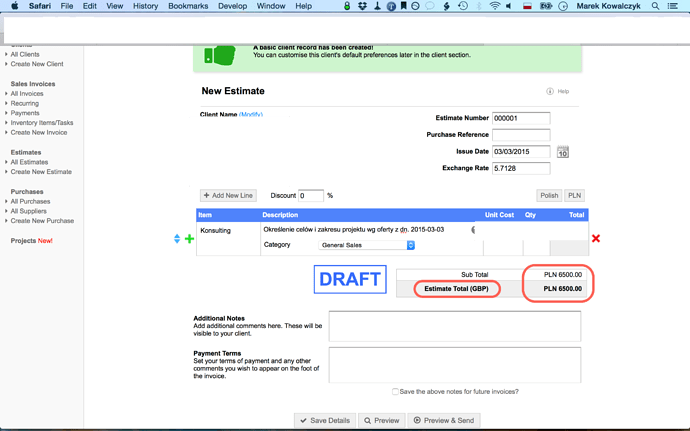 Have you tried changing the label in the Invoice Customisation area:

This may partially solve the problem but it will likely still show the word “total”.

I think the issue is the GBP part.

Damn… you are right, it’s been a long day!

@marekkowalczyk I’ve logged this and we’ll hopefully get a fix in before the next release (tomorrow/friday).

Fixed! Thanks for reporting

This topic was automatically closed count} hours after the last reply. New replies are no longer allowed.