I know this is going to sound dumb but is it possible to issue a invoice which has zero amount due, ie you have had to cancel the work or it was donated, or due to a company policy like no fix no fee etc?

Zero value invoices aren’t possible on QuickFile. The only way you could show it, is to issue it and log a credit note against it.

Is there a reason you wish to raise one like this? There may be a better way of doing it

Have a look here:

As i said in my post one of the company policies is no fix no fee but i still have to generate the invoice to show the work was done but was written off.

It not common for me to do it but i have done a few times, but credit note should be fine once i understand how to do it

Credit note would be the best way I think.

If you raise the invoice first, then you can raise a credit note against it: 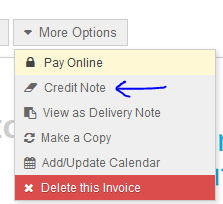