Paying an invoice in GBP from a PLN-denominated bank account

I have an invoice in GBP, which was paid from a bank account denominated in PLN. Consequently, the amount was converted into PLN by the bank, so on the bank statement it shows as PLN.

After tagging the payment in the bank, I have allocated the payment in PLN as credit to the supplier account but I can’t seem to be able to log a payment for this invoice (which is in GBP) from supplier credit, which is in PLN. Having read the discussions referenced above, I know it’s not going to work.

Consequently, I have tried to pay the invoice manually. But I don’t see the option to pay it from the actual account it was paid from. That account is called ING and is not listed in the menu, as shown below. 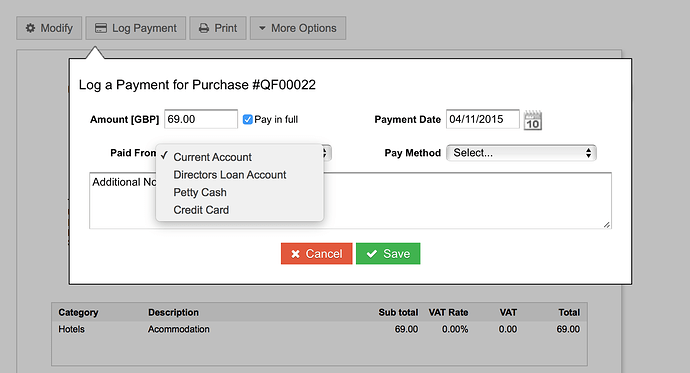 I presume this is because the invoice is in GBP and the actual bank account is in PLN.

How should I proceed so that I will be able to properly reconcile the bank account?

Also, would it be possible to allow for invoices in one currency be paid from supplier credit in another currency directly? On Supplier Management screen I can see both sides of this elusive transaction…

You can pay PLN invoices from GBP bank accounts but it doesn’t work in reverse. 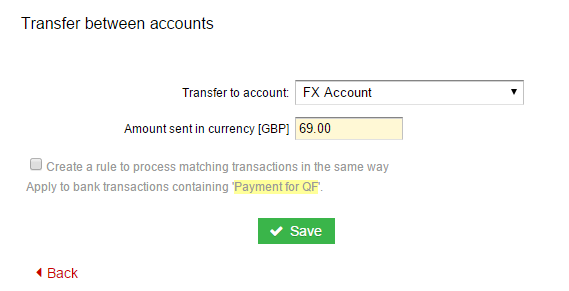 You can then enter an opposing amount on the FX account and tag this as a payment to your purchase invoice.

Thank you, works as advertised

I understand such a case is not typical, but are you planning to implement a feature to pay invoices in any currency from a bank account in any currency?

Anything multi-currency related is a major task for us, it’s a very complex area of the system.

We are always hesitant to add further complexity here unless there is a very clear demand. I’d say ~90% of our users will never go near multi-currency, so unfortunately it’s not a big priority for us at this stage.

Hopefully, you will significantly expand your overseas client base so the issue becomes more pressing